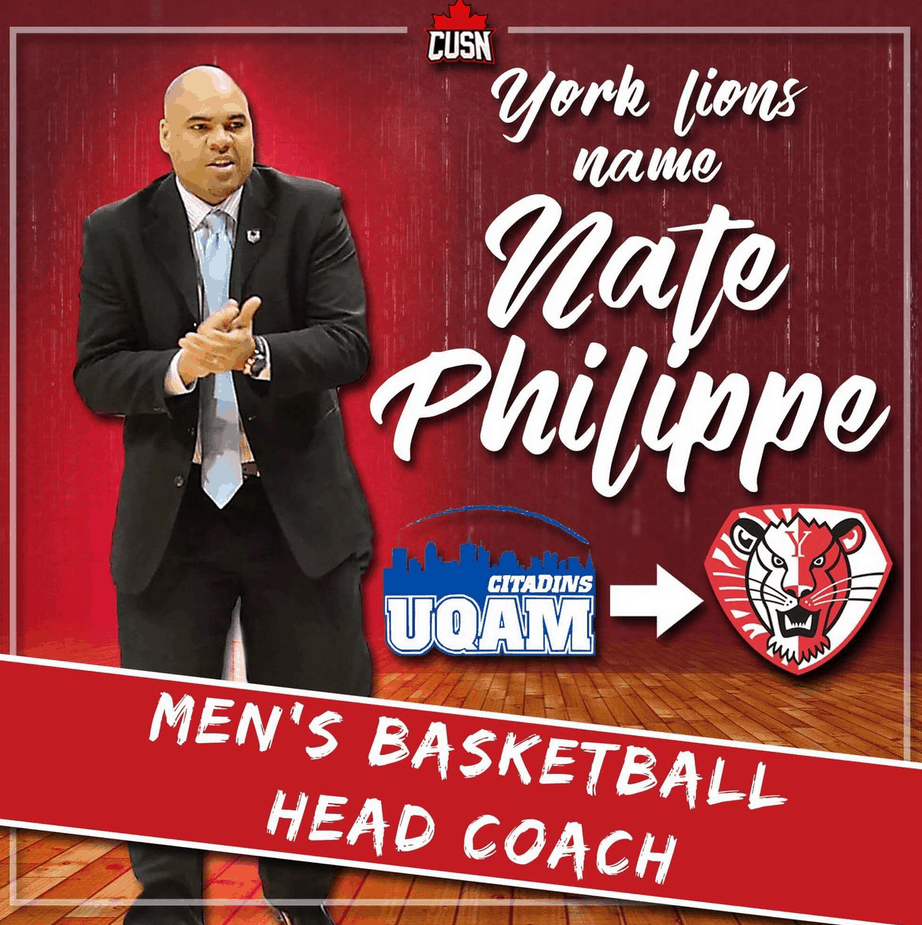 York Athletics confirmed the reporting of CUSN insider Jordan Henry over the weekend, as Nate Philippe was officially introduced as the 3rd head coach in program history on Monday afternoon. 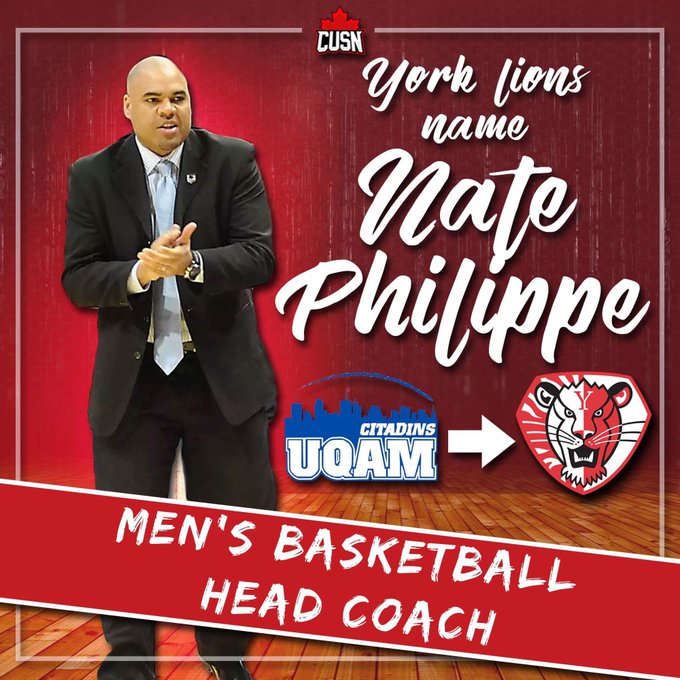 Philippe comes to the Lions as a former York assistant, who just completed two seasons at the helm of the UQAM Citadins, which he led to a 40-35 overall record. He also guided the Citadins to two straight RSEQ Tournament Championship games, which both resulted in losses to McGill.

In the York press release on the hire, Philippe had this to say about his new position:

“York has a men’s basketball program with immense potential and one that has a great fit for my coaching philosophy and vision,” said Philippe. “The university has grown leaps and bounds since I was an assistant here and the transformation is incredible. I’m happy to be back in the GTA, one of the hotbeds of basketball talent and culture in Canada, and I feel this is a place where I can be successful. I am looking to put down roots for a long time and build a legacy here and I am really excited to establish a program that can compete nationally.”

CUSN will have more, exclusive coverage of Philippe’s hire in the coming weeks.