The squeaks of the shoes, the chants of the student sections, and the highly debated power rankings – yes, university basketball is back folks.

As CUSN moves into its second year of basketball coverage, we wanted to provide you, the readers, with a more accurate picture of how teams are viewed from coast to coast, and have created a media poll to serve that purpose.

In conjunction with Martin Timmerman over at usportshoops.ca, CUSN’s poll voters consists of 13 media members scattered throughout the four conferences of differing ages and affiliations. The panel members are (with Twitter handles if applicable):

As the preseason winds down, here is where the teams in the Power Rankings stand heading into conference play:

After losing four senior contributors, there were initially thoughts this could be a “down” year for Carleton as the large group of underclassmen continued to grow together as a unit. Think again. The Ravens ripped through the preseason notching wins against a number of quality American opponents, including Northeastern, Canisius, Siena and USA Today Preseason #25 Alabama. Dave Smart once again bolstered the roster with NCAA-level talent, bringing home both Munis Tutu and Troy Reid-Knight (who isn’t even projected to be a part of the rotation at this time) from Loyola Marymount and Maine, respectively. Figuring in jumps for Final 8 breakout star Emmanuel Owootoah and Eddie Ekiyor, Carleton once again looks like a force to be reckoned with this season. They open their season on November 3rd at home to Guelph.

Brock capped off their preseason with two statement wins at home against both Calgary and a short handed Ryerson this weekend to wrap up a successful summer that also included multiple wins over NCAA competition for Charles Kissi’s Badgers. They return their entire starting five from last season, led by 5th year seniors Dani Elgadi and Johneil Simpson, who will try to finish out their careers by leading Brock back to the Final 8 for the first time since 2008 when the school won it all under Ken Murray. The Badgers top gear could very well be the best in the country, but once again their depth (or lack thereof) could once again be their undoing over the grind of the OUA season. Brock will play the first conference game of the 17-18 OUA season this Wednesday at home to Western, and then host Laurier at the Bob Davis gym on Saturday afternoon.

The preseason record won’t show it due to the absence of Manny Diressa and Adam Voll for most of the contests (including both losses in St.Catharines this weekend), but this Ryerson team has a chance to be one of the deepest and most athletic groups in U SPORTS history. Roy Rana’s Rams have the chance to legitimately go 11 or 12 deep should they so choose, and keep up the frenetic pace over 40 minutes to wear opponents out. JV Mukama returns from his year off to create a Milwaukee Bucks –level frontcourt of length with Keevon Small and Adam Voll at the 5, while Diressa returns for his final season as arguably the best player in university basketball. The point guard tandem of Myles Charvis and Roshane Roberts comes back for another year of high IQ play at the 1 spot, and the bench mob all has a role to fill. Seeing how Senegalese freshman Tanor Ngom adjusts to the Canadian game at 7’2 will be a storyline to follow all season long, as he could be the wildcard the Rams need to finally get them over the championship hump. Ryerson opens up OUA play in the Sault against Algoma on Friday night.

The major question coming into this season for the Calgary Dinos was going to be how they handled the graduation of All-Canadian guard Thomas Cooper (now playing in Germany), and if this preseason was any indication – they’ll be just fine. Mambi Diawara, the senior swingman from Montreal, should fill into the A1 scoring role just fine, with support from the backcourt of fellow seniors David Kapinga and Jhony Verrone, who make up for their lack of size with tenacious defense and three point shooting. If one of the big men on the roster can emerge as a solid two-way threat, Calgary will once again be a major player in this year’s championship picture. The Dinos open up this weekend with two games in Prince George against UNBC.

Fresh off a Final 8 semis appearance last season, Barnaby Craddock’s bunch returns virtually their entire rotation and will look to make a run to championship game this season. Mamadou Gueye and Brody Clarke form an imposing inside-out duo at the forward spots, Austin Waddoups will look to continue his rise in his second season in university hoops and Geoff Pippus moves into the starting lineup with trigger fingers quicker than twitter fingers. The preseason schedule was very light, and the Golden Bears don’t play a serious opponent until Calgary in early January, so we won’t be able to get a full read on their ceiling until the 2018 portion of the schedule. Their season opens up with two at home this weekend against Trinity Western.

After missing out on the Final 8 party last season, James Derouin has loaded up his roster this season to compete in the re-aligned (and much stronger) OUA east this year. Sean Stoqua joins the program to run the show at the 1 after a long and winding journey that began at Carleton, and he joins the established core of starters led by Brandon Robinson, who could challenge for an All-OUA nod this season. The bench has also been bolstered by the addition of top 10-freshman swingman Chase Tynes and grad transfer Kenny Jean-Louis, who put up gaudy numbers for winless Cape Breton last season but can jump into the Gee-Gees rotation in a supporting role. As is always the case with Ottawa basketball, they will be judged with how they perform against Carleton, and will look to take revenge out on the Ravens for the two losses they suffered last season. The Gee-Gees have one more weekend of preseason games on tap in Montreal against CUSN #10 McGill on Saturday and then at home to Laval on Sunday.

A preseason that was undefeated against Canadian competition turned bittersweet when All-Canadian forward Conor Morgan was lost to an elbow injury which could sideline him from anywhere between six weeks to multiple months. Losing 23 PPG is certainly a setback for Kevin Hanson’s Thunderbirds, but they have the pieces to make up for it and keep rolling in his absence. Phil Jalalpoor looks poised to lead the team in scoring while taking the spot of Jordan Jensen-Whyte, and freshman Grant Shephard may be thrust into the spotlight musch sooner than he could of imagined. Shephard attended and played at Montverde Academy in Florida and could’ve attended multiple NCAA schools, but chose to come back home and will now have a chance to burst onto the U SPORTS scene out of necessity. After two home dates against Fraser Valley this weekend, we get an early season blockbuster as the Thunderbirds travel to Calgary and will face the Dinos on November 3rd and 4th.

Gone are foundational players Ritchie Kanza-Mata and Kashrell Lawrence, but the success looks like it will stick around for Rick Plato and the Dalhousie Tigers this preseason. With solid wins over Concordia, Lethbridge and Nipissing in the bag, and Sven Stammberger emerging as a true go-to guy, Dal will be an absolute menace to play again this season. The return from injury by Alex Carson should go a long way to bolster the outside shooting, and freshman Keevan Veinot looks like the real deal as well. The Tigers have one more preseason tune-up this Friday in Antigonish against Cape Breton before AUS play begins November 1st as they host StFX.

The only other team in the AUS that looks capable of unseating Dalhousie will be the Acadia Axemen, already guaranteed a birth at the Final 8 with the host bid, but who don’t want to be an automatic throw-in at the bottom of the field. Led by senior star and double-double machine Erik Nissen, Acadia played a challenging preseason travelling to tournaments in both Calgary and Ottawa (at Carleton) to play a multitude of top 10 foes. While they still haven’t reached the top of the pyramid as they took double-digit losses to both Calgary and the Ravens, the Axemen were able to notch a win over McGill and a rebuilding McMaster squad. The home loss to Nipissing stings, but will be part of the process as this team tries to go into a contender come March. Their season begins at home in two weeks with a double dip against Memorial.

McGill soared into the national spotlight last season, reaching the national semi-final and hanging with Carleton for 3.5 quarters before eventually bowing out to the national champs. Returning star guards Jenning Leung and Dele Ogundokun are the engine that drives the Redmen, and adding Alex Paquin from NCAA D1 American University will be a big addition to bolster the scoring. You can always count on Dave DeAveiro’s stable of bigs to clog up the paint and bang down low, and with no team in the RSEQ looking like a legitimate challenger, McGill should win out in conference once again. They have two more preseason tilts this coming weekend at home to both Nipissing and Ottawa.

Laurentian Voyageurs – Rookie of the year Kadre Gray is back to put up gaudy numbers and carry this team through the OUA once again, who can knock off a big dog every night they take to the court.

UNB Varsity Reds – Javon Masters looks to lead this dark horse team to an AUS title in his senior season in Fredericton.

York Lions – Nate Philippe has virtually overhauled an entire program in just a few short months, and with a retooled roster has already notched wins over UNB, Lethbridge and MacEwan.

Windsor Lancers – The grittiest player in OUA hoops, Mike Rocca, is back for his 5th season, and will do all he can to get the Lancers that second spot in the OUA Final Four out of the West Division.

Western Mustangs – Eriq Jenkins and Omar Shiddo form one of the best young backcourt tandems in the OUA.

Jacob Scarfone Goes Back to the Books 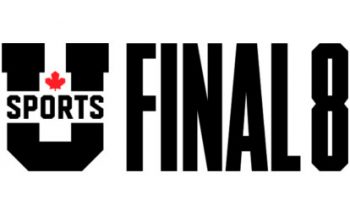