The 2017 U SPORTS Women’s Hockey National Championships are in the books, and boy were they ever memorable. The four-day tournament saw shootouts, spectacular saves, at-the-death winners, and stronger parity than ever on the national stage.

Seeing as my song-filled tournament preview was surprisingly well-received by those around the tournament, I figured I’d take a stab at summarizing each school’s tournament in song.

If you wanted a complete recap of the tournament, this isn’t it. But enjoy my roll-out video of the best moments below. 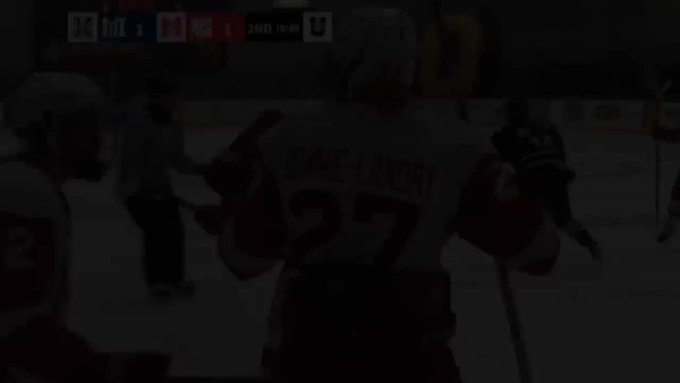 My rollout from nationals, as @BearsandPandas are crowned @USPORTS_Hockey champions.

19 people are talking about this

F – Alex Poznikoff (Alberta): The Poz was Alberta’s best forward in each of the Pandas’ three games, racing across all three zones and consistently generating offence.

F – Gabrielle Davidson (McGill): It surely was not the way she would’ve wanted to go out, but her semi-final winner against UBC was a sweet moment.

F – Melodie Daoust (McGill): See previous, but Daoust was as per usual the most dominant player on the ice in all three of McGill’s games.

D – Emilia Cotter (McGill): It feels weird to put three players from the silver-medallist Martlets on this team, but Cotter ate up sizeable minutes on the back end and earned an all-star nod from the tournament committee in the process.

D – Kelly Murray (UBC): Her contributions to the T-Birds won’t truly be measured until she’s gone, but let’s put it like this: She plays 25-plus minutes a night and is their best player by a country mile.

G – Amelia Boughn (UBC): Boughn was the strongest skater of the eight starting goaltenders in the tournament, and made a number of ridiculous lateral-movement saves to keep UBC in games.

F – Claudia Dubois (Concordia): The sophomore scored a pretty shootout winner in the Stingers’ first-round upset of Guelph, and showed flashes of brilliant creativity in the offensive zone.

F – Caitlyn Manning (Saint Mary’s): While understandably quieter at nationals than during the AUS season, Manning used her size and touch to create plenty of offence. The senior played through the pain of an upper-body injury to finish the tournament.

F – Kaitlin Lowy (Guelph): A rare bright light in an otherwise forgettable tournament for the Gryphons, the energetic winger was at the heart of most of Guelph’s attacks.

D – Taylor Kezama (Alberta): The Canmore, Alta. native scored the championship-winning goal in double overtime as a rookie. How do you possibly improve on that as a sophomore?

G – Lindsey Post (Alberta): She earned a tournament all-star team nod for her incredible performance in overtime of the gold-medal game, and was steady throughout. What an incredible way to finish as a fifth-year senior.

Song: “Burn It to the Ground” — Nickelback

Hands up if you had Howie Draper’s young, No.6-seed Alberta team winning it all…I’ll wait.

The Pandas were young and looked it in a narrow quarter-final win over Saint Mary’s, but a resilient semi-final performance against Concordia seemed to give Draper’s side some fight.

Few gave them much of a chance against the powerhouse McGill Martlets in the final. Then Lindsey Post happened, rookie Taylor Kezama’s double-overtime shot took a deflection, and Alberta had claimed its nation-high eighth championship.

I just had to throw in some Nickelback because #Berta. The Pandas embodied the gritty attitude of a place like Hanna, Alta. — the band’s hometown.

That gold-medal defeat has to sting for Peter Smith’s program. Easily the better team for the majority of 78 minutes against Alberta, the Martlets will be haunted all summer by forward M-P Lavoie’s d-zone turnover in double overtime and its consequence.

With program pillars Melodie Daoust and Gabrielle Davidson finished, the future of the Martlets program is up in the air — hence the James Blunt tune in which the English singer croons for the past.

McGill will look back at its haul during the careers of Davidson and Daoust, two generational talents at this level, and likely be disappointed with a single national championship. Two silver medals (2015, 2017) will only add to the sense of a dynasty that never materialized.

It wasn’t the colour they came to Napanee for, but the T-Birds should nonetheless be proud to medal — albeit bronze — for a second-straight season.

Graham Thomas’s team edged out a dogfight against No.8 Queen’s in its quarterfinal before dropping a heart-breaking 1-0 decision to McGill in the semifinal.

There are questions going forward; three of the team’s top four scorers, including 25-minute blueliner Kelly Murray, are graduating, as is captain Stephanie Schaupmeyer.

The No.7-seed Stingers hung tough at nationals for five-plus periods, upsetting the equally-young Guelph Gryphons in a quarter-final shootout prior to a semi-final loss against eventual champions Alberta.

Julie Chu’s program has plenty to be proud of and even more to look forward to. Their 8-2 record after Christmas and playoff sweep of defending champions Montreal set the tone for next season, while their experience at nationals will be invaluable going forward.

In Napanee, however, they were only human, after all, and ran out of offensive steam against Alberta.

Song: “All or Nothing” — Theory of a Deadman

In hindsight, the Huskies’ 2-1 quarter-final loss to Alberta is a respectable result, and Chris Larade’s Saint Mary’s squad deserves credit for their two consolation-side wins.

That said, nobody takes home a fifth-place banner, and the Huskies are losing significant pieces. So a consolation championship will be of little consolation to Coach Larade following an 18-3-3 season which saw Saint Mary’s enter nationals as a three seed.

Gold or bust, all or nothing, and this year Saint Mary’s went bust. Despite their 2-1 record in Napanee.

Song: “Glad You Came” — The Wanted

Some around the OUA questioned whether Matt Holmberg’s Gaels would be able to compete on the national stage, and while Queen’s was indeed outplayed in its quarterfinal by UBC, the hosts acquitted themselves well.

Goaltender Stephanie Pascal made timely saves, and the well-supported Gaels played with the infectious excitement of a surging boy band’s one-hit wonder. Glad they managed to win a game for the home fans.

The X-Women simply didn’t have enough offensive punch to scare anybody, and were knocked out swiftly by McGill (3-1) in the quarterfinal and Queen’s (2-0) on the consolation side.

Head coach David Synishin admitted that the tournament was a whole new level for his team, which managed just one goal in 120 minutes.

A Cinderella story out of the AUS, having upset St. Thomas to earn a spot in Napanee, the X-Women will have work to do if they want to be truly competitive at this level in the future.

The Gryphons were simply not ready to compete for a gold medal, and head coach Rachel Flanagan admitted as much.

Two shootout defeats to Concordia and Saint Mary’s were a cruel fate for Guelph, but the Gryphons were clearly second best in both their games in Napanee.

The future is undeniably bright at Guelph, with a myriad of rookies and sophomores poised to improve on this season, and the Gryphons should emerge out of the OUA regularly over the next few years.

Gryphons And Lakers Set To Battle For The 2017 McCaw Cup