It took almost six hours from the scheduled kick-off time for the Western Mustangs and the Guelph Gryphons to settle their bitter rivalry. With a scheduled start time of 7pm on Monday, September 4, it may come as a shock to hear that the game finished on Tuesday, September 5. With massive thunder storms blowing through Southern Ontario, the start time was delayed by two and a half hours.

As thunder and lightning lit up the London sky on Labour Day Monday, the Mustangs proved that they are still the team to beat in the OUA, defeating the Gryphons 41-34 in overtime. 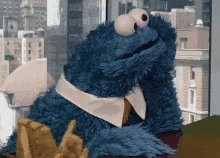 Still waiting for the Thunderstorms to subside in London #CUSNFTB #FTBGOTW

Although the thunder and lightning temporarily put a halt to the action on the field, the brewing storm between Western and Guelph was not going anywhere. Chris Merchant led the Mustangs offence both in the air and on the ground, completing 27 of 41 passes for 378 yards and a touchdown, and adding a game high 92 yards on the ground and two more majors.

Guelph quarterback James Roberts rebounded from a rough outing in Week 1, completing 20 of 28 passes for 286 yards and two touchdowns.

There was no doubt that the Mustangs were the favourites coming into this game. However, it was the Gryphons who came out firing, looking like a team with something to prove. After giving up a field goal on their first drive, Guelph’s defence sparked the team. A Riley Baines interception put the Gryphons in Mustang territory, leading to a Gabriel Ferraro field goal. After another field goal gave the Gryphons the lead, Chris Merchant fumbled the ball and the Gryphons were able to capitalize. James Roberts connected with Zeph Fraser for his first of two touchdowns on the day, giving the Gryphons a 13-3 advantage early in the 2nd Quarter. The teams would trade field goals and Guelph had a surprising 16-6 lead going into halftime.

However, the second half was a different story, as Merchant took over the game. He showed off his legs by rushing for two touchdowns over the following three drives to give the Mustangs a 22-16 lead going into the 4th Quarter. 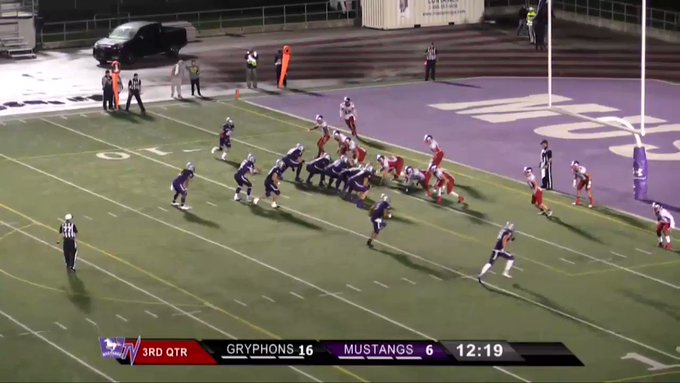 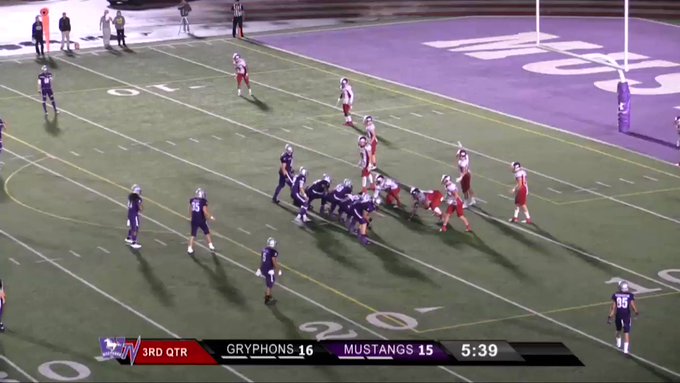 The final quarter would start with the ball in the hands of Gryphons’ quarterback James Roberts. The Gryphon offence engineered a 93 yard drive (helped along by 40 penalty yards from Western), which was capped off by a 21 yard touchdown pass to Fraser. Guelph would complete the two point conversion and tie the game at 24.

After a Western two-and-out, the game was blown open by a Guelph veteran. Fifth-year receiver, Johnny Augustine, took his second carry of the game 81 yards to the house and the former running back gave the lead back to the Gryphons. The teams would once again exchange field goals, and with six minutes to go the Gryphons were up 34-27.

Merchant and the Mustangs did not waiver, and the veteran pivot would find Harry McMaster for 47 yards, which set up a Malik Besseghieur touchdown to tie the game once more.

As the game crept into the early hours of the morning, these two OUA powerhouses would send the game to overtime.

In the extra frame the Mustangs moved the ball at will, and Stevenson Bone plunged in from one yard out to put the ‘Stangs up by seven. The Gryphs’ only needed a touchdown to keep the game going, but the overtime blues caught up to them. The Gryphons only went backwards, and after three plays, the marathon was over. At 12:45am on Tuesday, September 5, the Western Mustangs had defeated the Guelph Gryphons 41-34.

This game can only be described as a Labour Day classic for the ages, even though the entirety of the game was not played on Labour Day.